I have not done anything with this blog in more than a year.  When I first put it together, I looked for opportunities to write on it.  I changed the background and elements on it for the different Holidays. I had opinion polls on it and was interested what others thought about the question I put up.  Just like scrap booking, I let it get away from me.  I have thought I would just catch up on things, but the thought of that just made me say, "I will do it later".  Of course, it never got done later.  So, instead of catching up on posts that have been happening over the last year, I have decided to just start with Halloween.

You would think my kids would be done with Halloween.  Nope!  Not in the least!  They have always loved it!  When they were younger, they would start planning Halloween for the next year while they were trick or treating.  This year was no different.

Now they all went their separate ways.  We have gone past the days where mom and dad stand by the street while we watch them go up to each house and hope they say Thank you to each person that gives them candy.  They have friends and parties and more trick or treat fun and they did all the this fun in the rain.   It was pretty quiet for Jeremy and I while we were waiting for all the kids to come home from their tricks and treating.  Just like when they were little, they came home, spread the candy and the trading and swapping began. 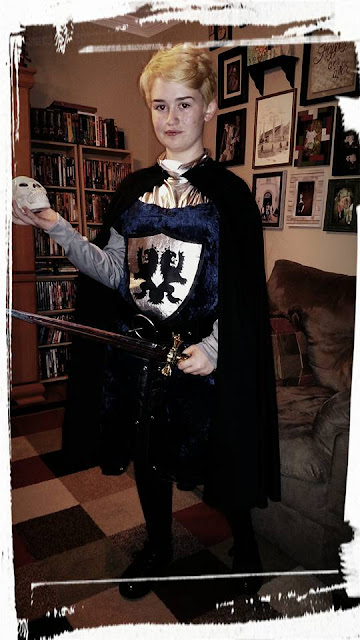 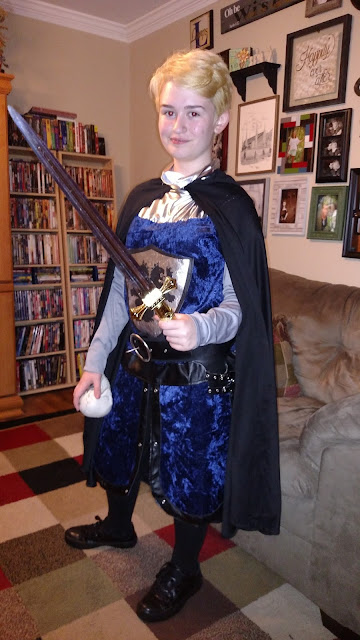 Megan was Prince Hamlet this year.  She has had this Honors English this semester that she really enjoys and they have been reading some Shakespeare.  I believe she enjoys it.  I was able to take the kids to the Shakespearean Festival in Cedar City Utah this last summer.  We saw Taming of the Shrew, which she also enjoyed.  Megan has always been one to find the deeper meanings so literature and Shakespeare is a good place. 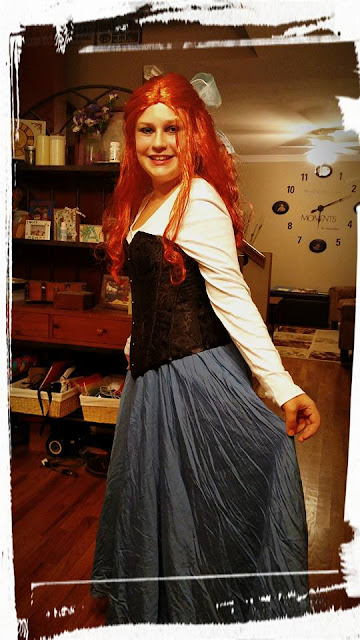 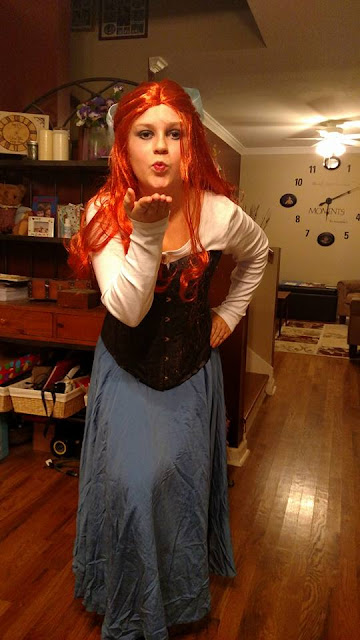 Emilee's favorite Disney princess is Ariel, from The Little Mermaid.  Last year, I had a friend help me make Anna and Elsa costumes for Megan and Emilee.  Emilee was hoping that this year, my friend and I could make the Ariel, "Kiss the Girl" dress.  Well, my friend is busy this time making costumes for the drama dept at the high school.  I didn't want to bother her.  I thought I might be able to sew, but I really am not a sewer at all.  I decided to piece it together.  This is what we got.  I, myself think it turned out quite well.  She looks like Ariel to me even with the big bow in the hair.  I just want to know where Prince Eric is. 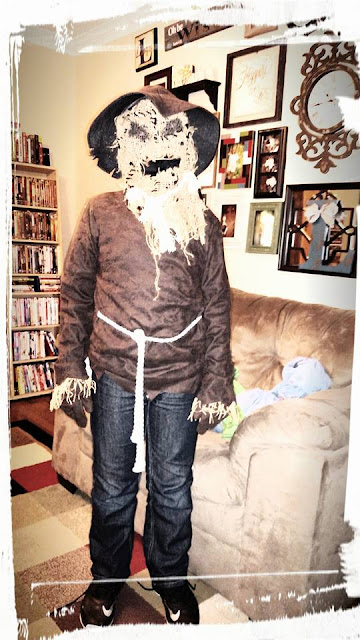 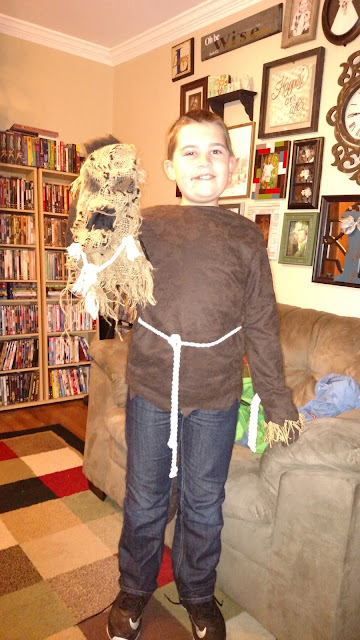 Hunter wanted to be something scary.  I was trying to get him to be a super hero or something, but no, he wanted to be scary.  He was so proud of this scary scarecrow.  He does look a little creepy, doesn't he?  I think I prefer the face under the mask.  Much better.

Well, that is it.  I hope that everyone had a fantastic and safe Halloween.  I also hope that this is the beginning, once again of many new entries.  Until next time.....Happy Halloween!
Posted by Lamps Family at 7:49 AM

Lamps Family
Jeremy and I have been married for 18 years. We met in Las Vegas and lived there until he graduated from university with a Criminal Justice Degree. He got a job with the Dept. of Defense and we moved to Northern Virginia. We now live in Alabama. We have three children. Megan who is 15, Emilee who is 13, and Hunter who is 11. We love laughing and spending time together and are glad you can come continue to learn about us. 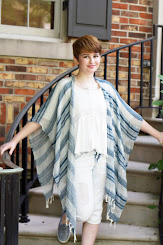 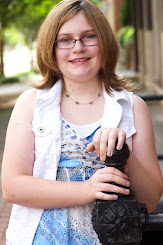 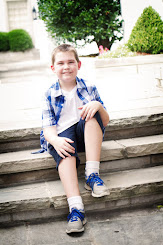 "In all of life, have much fun and laughter. Life is to be enjoyed, not just endured."--Gordon B. Hinckley

Books waiting to be read

Las Vegas Folk (and some others)